With our Road Bike Tour Tenerife “Mount Teide Challange“, you will discover the nature of this Vulcanic Island cycling with your favourite road bike.

A Road Bike Tour Tenerife to the discovery of Teide Volcano

Tenerife is a spectacular volcanic island, the tenth highest island in the world. The summit of the Teide Volcano (3718 m) is the highest point in Spain and the highest point above the sea level in the Atlantic islands. Ride with us on Teide National Park, named World Heritage Site by UNESCO. With this Road Bike Tour Tenerife you will explore the volcano’s forces of nature, the colors, the sky, the forests, the crater and its moonlike landscape.

Teide Challenge – A challenge for all

Challenging the Teide volcano by bike, cycling suspended between sea and nature, feeling under your skin the power of the geological evolution of the Earth, is something to be experienced at least once in a lifetime, and for you, thanks to the staff of Cycling in Tenerife, a leading company in the field of bike excursions in Tenerife, that will become a reality.

With its 3718 meters height, and as deep again under the surface of the sea, looking from above at the blue of the Atlantic Ocean, the Teide, created 3 million years ago by massive eruptions, is the third highest volcano in the world and the first in Europe, although situated on the African tectonic plate. It is home to a national park. Since the air above the Teide caldera appears to be the cleanest on the planet, the site has been declared a UNESCO World Heritage Site.

To climb it by bike from the side closest to our base, we divided the mountain into 2 areas, the South (Vilaflor) and the West (Chio). There are also 2 other climbing sides, the North and the East, which we will not deal with in this description, but for which cycling staff in Tenerife can organize tours on request. From every side, however, you will find the most suitable solution for your needs.

Starting by bike from the south side of Vilaflor, we will cross numerous points of interest, including Los Cristianos, then Arona, about 600 meters above sea level. Just 4 km higher we will cross La Escalona, located at about 1000 meters above sea level, with the first intersection at altitude of another road, coming from San Miguel de Abona. From this point, and for about 6 km, between 1000 and 1400 meters, the landscape is marked by the first wine cellars and the typical crops of Canarian potatoes. Thus we arrive at Vilaflor, located at an altitude of 1400 meters within the Teide National Park, which is the entrance from the south side to the caldera of the volcano, passing the Pino Gordo, the oldest pine on the island, 45 meters high.

Leaving behind the inhabited centers, from now on we will immerse ourselves in a green and fragrant pine forest, which will surround us for about 20 km, until we arrive at an altitude of 2270 and then enjoy – from the strategic panoramic point of Boca Tauce – the incredible view of Pico del Teide and then Canadas del Teide. It will be a vista that will more than reward our efforts, and on the way back we will descend on the west side, creating a magnificent ring showcasing both sides of the volcano.

From the west side we will experience different but no less spectacular places of interest on our discovery of the Teide. It is an ideal track for those who love to savor the experience, as it is softer, longer, with average gradients of around 7%. We will start by bike from Costa Adeje, just 20 km from the modern town of Arona, from the white beaches and luxury hotels frequented by high-class clientele, as well as the tourist areas of La Caleta and Playa de Fañabé. Passing the tourist area, we will enter the road that will take us to the crossroads of Barrio Los Menores, from which we will take the junction of Guia de Isora for our “Bananas climb”, a 9 km climb between banana crops, until we reach the urban center of Guia.

Leaving Behind Tamaimo, which we will see along the climb, we will continue for another 4 km to the typical village of Chio, composed of finoe and case rural houses. Here we will stop at the bar of our friend Rafael, a refreshment point for cyclists, with his appreciated “batido vitamin” of fruit and homemade energy bars, before beginning the last stretch towards the Teide volcano. From now on we only have the last 28 km of constant ascent, with a gradient of between 5% and 7%, the easiest of those on the island but also the longest.

After the first 5 km the view will open to Pico Viejo del Teide, which stands at an altitude of 2200 meters, until we cross the Boca Tauce lookout, where the landscape changes completely, passing from green pine woods to arid and lunar soil, created by lava coming from volcanic eruptions, with the imposing Teide, and in the background the road coming from the south, the famous Tf21 that crosses the island from north to south.

We now have a spectacular and very long descent through pine forests inside the Caldera del Teide, a descent that will take us back to the base of the volcano and therefore to our starting point, but this time downhill on the south side, creating a magnificent ring that will showcase both sides of the volcano.

For the entire duration of the excursion you will be accompanied and supported by qualified multilingual ENG / ITA / SPA guides. The price is to be considered per person, on an all-inclusive basis.

What to pack before departure?

We strongly recommend that you bring at least your personal clothing (shirt and shorts) with you and, if you have space in your suitcase, also pedal clips, shoes, helmet, windbreaker or vest. If this is not possible, you will have the opportunity to rent them from us upon notice.

What should I wear during my tour?

It is important that on your cycling tour you have the right clothing for the season and the altitude you intend to reach based on the description of the tour.

The minimum obligatory equipment necessary for the tour is:

It is possible to bring a change of clothes or a backpack to leave in the car if not necessary during the tour.

Is it possible to buy suitable clothing or equipment?

You will find at our bike point everything you need: outfits, jerseys, energy bars, water bottles, gloves, sunglasses.

Is it possible to request a home pick-up?

If you have no way of arriving independently at the starting point, we are able to offer pick-up and drop-off. Ask for a quote when booking.

Is it possible to request home delivery of the bicycle?

Certainly! If you have no way of getting to the shop independently, we are able to offer home delivery and collection of the bicycle, at a minimum cost of 10 euros within a radius of 10 km from our base.

What will be delivered to me with the bike when I rent it?

The bike will be delivered to you with a repair kit that includes tire remover levers, a new spare tube, a small pump, 2 bottle cages.

Is there any insurance that covers damage caused by me to the bicycle?

In Spain, in the Canary Islands, it is not possible to insure damage caused to bicycles during the rental, so you will be 100% responsible for damage caused or theft – even of accessories- of what is delivered to you upon signing the contract.

What equipment can I rent besides the bike?

Will I be covered by insurance during the tour?

Yes, our company provides insurance coverage for customers who have an accident during the guided tour, as long as it is caused by a malfunction of the bike and not by misuse of the bicycle.

What temperatures will I encounter in Tenerife?

Tenerife is a very large island that has the Teide volcano as its highest point. It is almost always sunny for at least 10 months a year, but the difference in altitude exposes us to sudden changes in temperature, so to give specific forecasts for a given time of year is quite complicated. For a rough estimate, please refer to the local weather forecast site www.meteosat.com/tiempo/tenerife/tiempo-adeje.html

When can I consider my booking confirmed?

After having confirmed all the details of your booking through our booking office, you will be sent an email requesting a deposit – via Pay Pal or Stripe – of a percentage of your total amount. Only after paying this deposit can you consider your request confirmed. It should be noted that the payment of the deposit does not need to be with Paypal or Stripe, and that credit or debit cards can also be used

Yes, our cancellation policy guarantees the customer a refund of the prepaid percentage during the booking phase in the following way: within 72 hours full refund, within 48 hours 50% refund – within 24 hours no refund.

Can I request a transfer for myself and the bike to the starting point of my excursion?

Thanks to our 8-seater minivan with bike transport trolley, we can transport you throughout Tenerife (request a quote when booking).

Is it possible to request a luggage transfer for my self-guided tour of Tenerife?

Yes, we are able to provide this service. We will take care of transporting any luggage that cannot be taken on the bikes during the tours. (request a quote when booking). 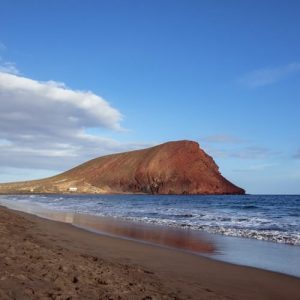 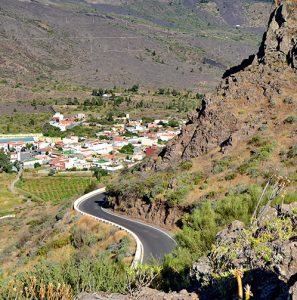 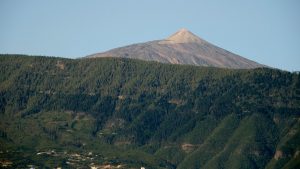 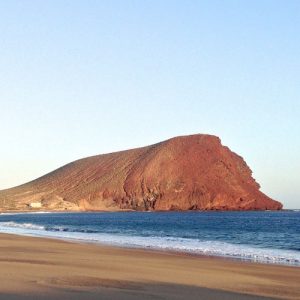 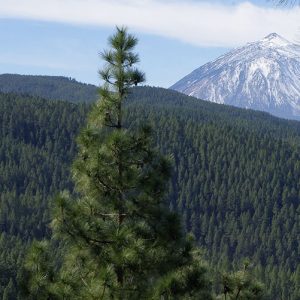 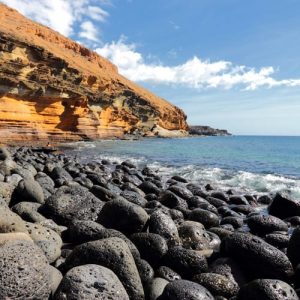 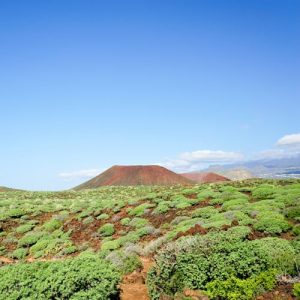 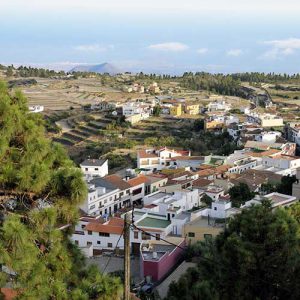